A Trinity Railway Express commuter train passes under the former Hunt-Hawes Grocer/Alarm Supply Building as it approaches Fort Worth Central station in Texas.

The Hunt-Hawes Grocer building is a 5 story warehouse constructed in 1900, located at 508 East 7th Street in downtown Fort Worth, Texas. The Hunt-Hawes Grocer Co, a then successful wholesale grocery business, used this location for several years, receiving rail service on 2 of the building's 5 sides. After the company's closure, the warehouse accommodated many other companies but was in danger of being demolished during the construction of the Trinity Railway Express commuter line to Central Station just behind the camera. As a compromise to preserve the building, a concrete tunnel was constructed through the bottom 2 floors. The adjoining warehouse to the left was built 11 years later in 1911 as Montgomery Ward/Tindall Storage. The combined structure is currently undergoing a $6 million renovation to house the Fort Worth Transportation Authority's new Headquarters in 2022.
GREGORY GRICE 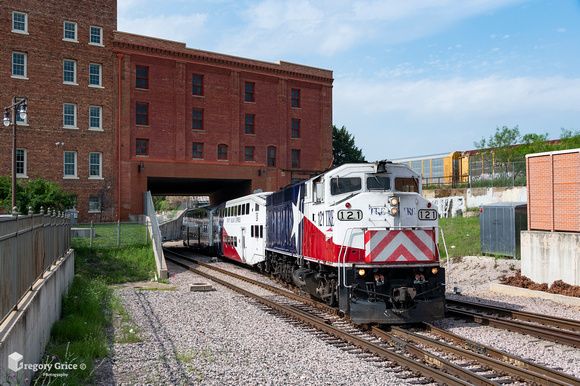