Freshly rebuilt CTrail (CTDX) GE P40BH 6711 leads CDOT Test Extra 963 west past the East Haven Tunnels in New Haven, Connecticut on Amtrak's Northeast Corridor on the morning of April 16th 2021.
6711 (ex-CTDX 4803, exx-NJTR 4803, exxx-AMTK 820) is the first of Connecticut DOT's fleet of 12 GE P40DCs to receive a complete rebuild by Amtrak's Beech Grove Shops in Indiana. Before the locomotives are accepted, several thorough tests are performed by ConnDOT to check everything such as new onboard appliances, acceleration, braking and other aspects that have changed the original performance as a result of the rebuild work.
GREGORY GRICE 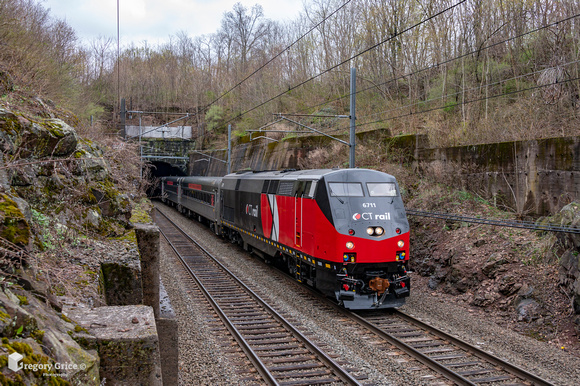